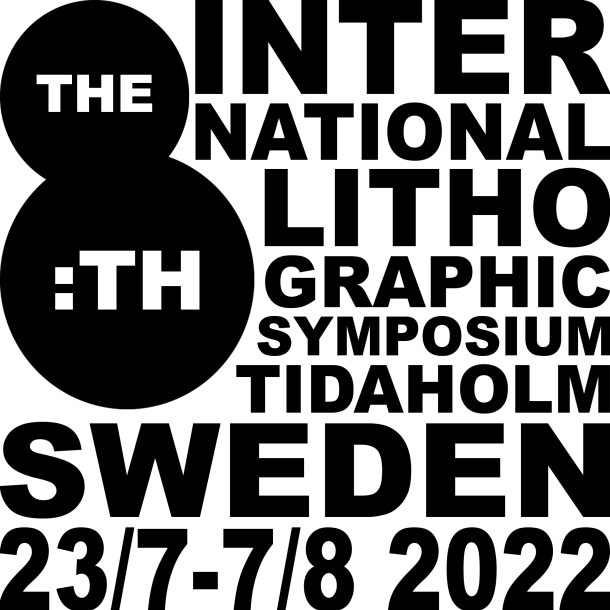 The symposiums also aim to strengthen the international network around lithographic art that has
grown since the start of the symposiums 30 years ago.

The 8th International Lithographic Symposium was scheduled to 2019, but due to the Corona
pandemic it was postponed to 2022.

Theme Mexico
Previous symposiums have often focused on a special theme which has aimed to highlight some interesting development within lithography or to promote some cultural area.
Special theme for the symposium 2022 was Mexico.
The Lithographic Academy in Tidaholm has since the beginning of the symposiums cultivated a close contact with lithographers in Mexico. This contact has resulted in artist residencies and exchange of skills and printing equipment.
In the last 10 years the development of graphic art, especially lithographic art, in Mexico has been very vivid and a great number of new workshops has been established. This has made the Mexican graphic art scene very interesting and the Lithographic Academy considered it a good opportunity at the 8th International Lithographic Symposium to pass on knowledge about the Mexican situation through it´s international network.

The Mexican partner with whom the Lithographic Academy above all has cooperated with is La Ceiba Grafica in Veracruz, a multifaceted workshop founded and run by the artist Per Andersson. 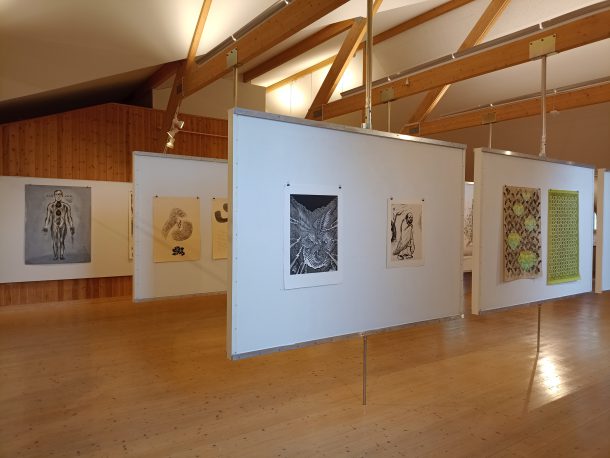 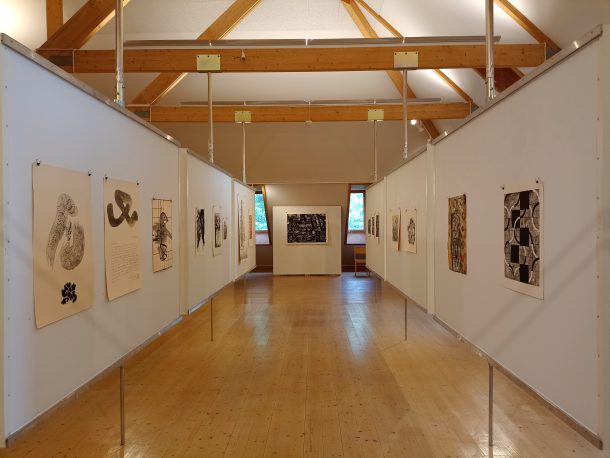 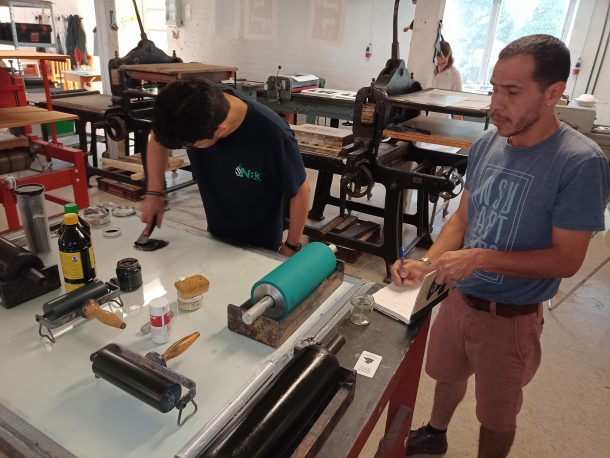 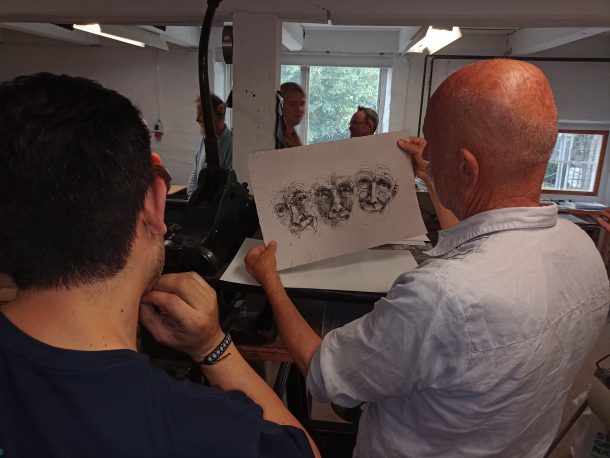 Opening of the Symposium
The symposium was opened at 23/7 with speeches of Eva Eriksson, chairman of the Lithographic Academy, Conny Brännberg, chairman of the cultural department at Region West Sweden and Per Andersson, Universidad Veracruzana.

At the end of the opening My Kullsvik contributed with song and music.

With the opening ceremony all three symposium galleries were opened for the public.

Seminars
From 24/7 until 29/7 a huge program of seminars and workshops was implemented with morning seminars at Marbodal Center and afternoon workshops at Tidaholm Graphic Workshop.

The seminars were given by participating artists, printers, art teachers, students and curators from different countries. 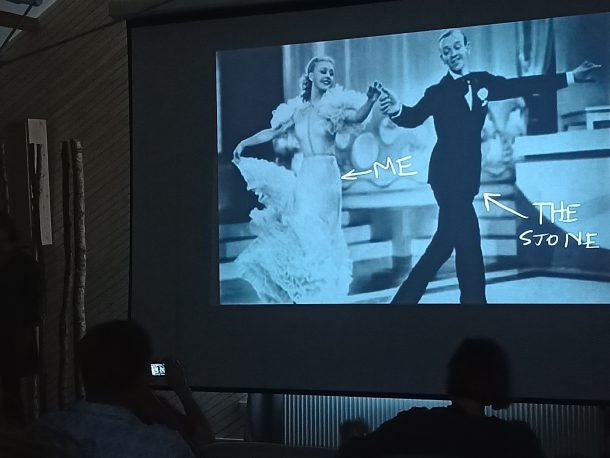 A great number of subjects were approached where the participants, among other things, could make virtual visits at different workshops around the world, get information on new printing techniques and learn different ways to approach the lithographic stone. Anna Trojanowska from Poland for example, shared a poetic comment on the dancing qualities of the stone.

According to the theme of the symposium,Per Andersson gave a profound report on the position of lithography in Mexico.

Among other seminars can be mentioned:
”Real Gold Lustre in Lithography”, a speech by Sanjay Kumar from India around the use of gold in the printing process.

”Lithography – Language”, a poetic reflection by Serena Smith, England, concerning the memory of the stone and how it appears in the process and communicates messages from previous images.

”Journey of the Stone” where Olivia Christen from Germany shared her experiences from visiting different workshops.

”Printmaking, social engagement and non-tangible cultural heritage” by Fritz Best, Germany, who discussed the ability of graphic art to evoke questions and commitment by the audience. 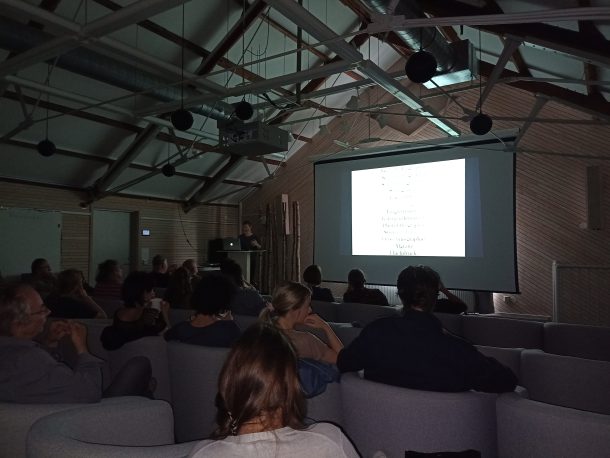 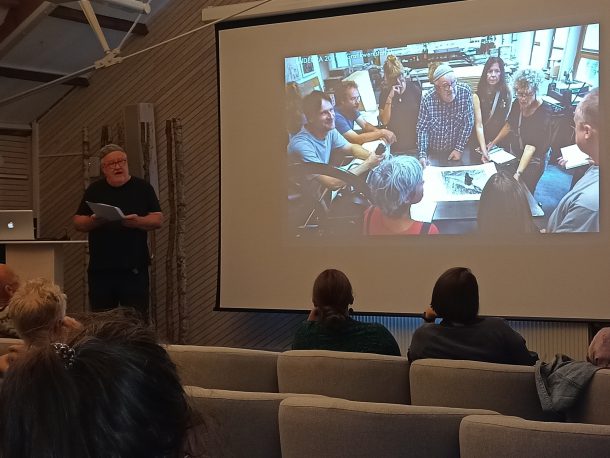 Jim Berggren, Sweden, made an upgrade around the European collaborative project ENDEGRA.

Workshops
During the first week of the symposium the afternoons were devoted to workshops which took place at the Tidaholm Graphic Workshop, neighbour to Marbodal Center where the seminars took place. 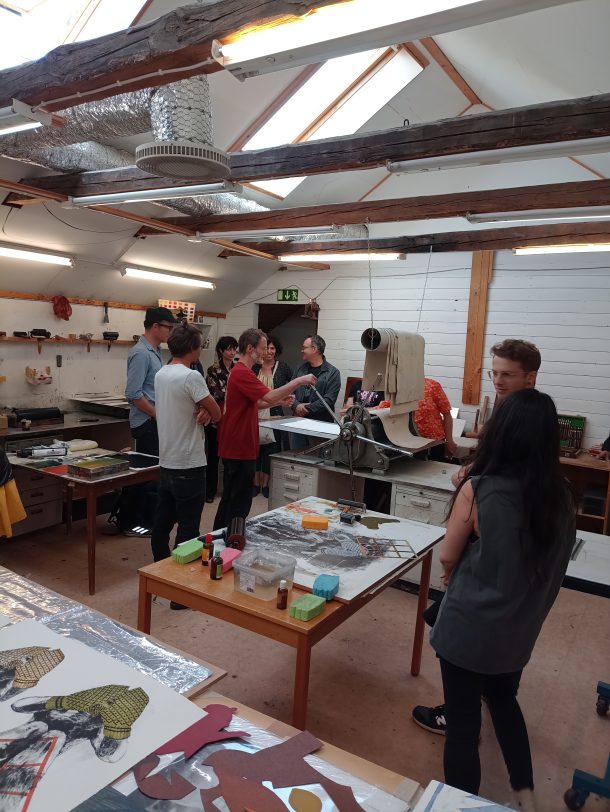 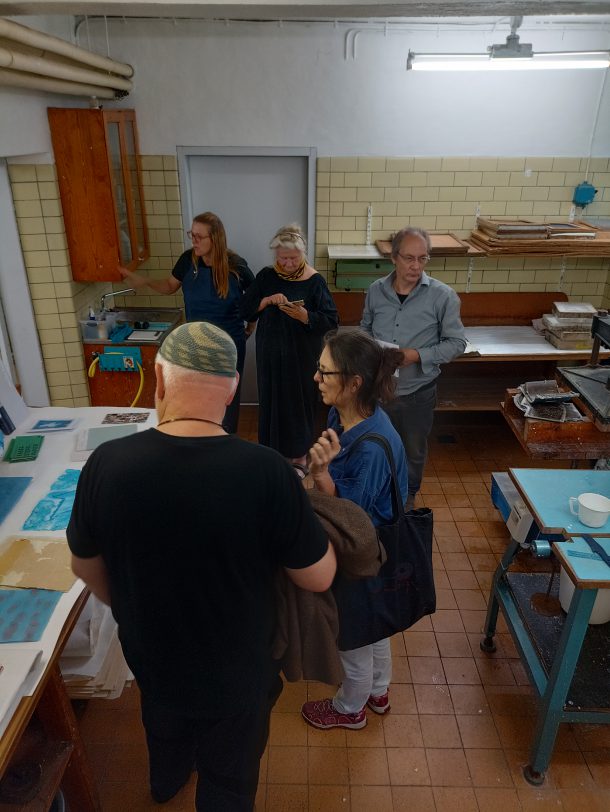 During all of the symposium Ernst Hanke and Patrick Wagner implemented a workshop at the Schnellpresse, where the participants could follow the development of a lithographic edition day by day. 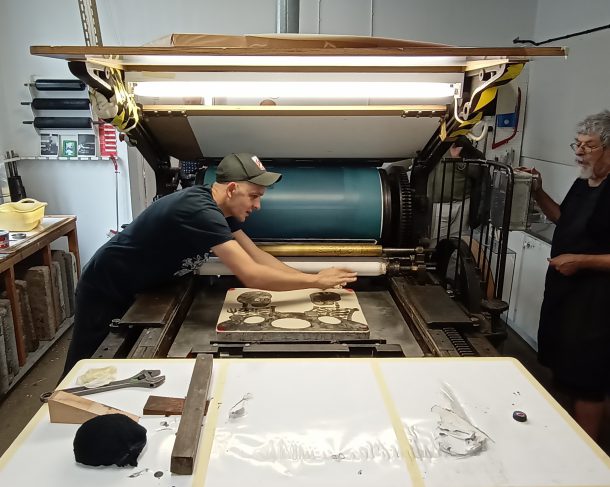 As well Edgar Canos and Daniel Barazza from Mexico showed their printing methods during all of the first week. 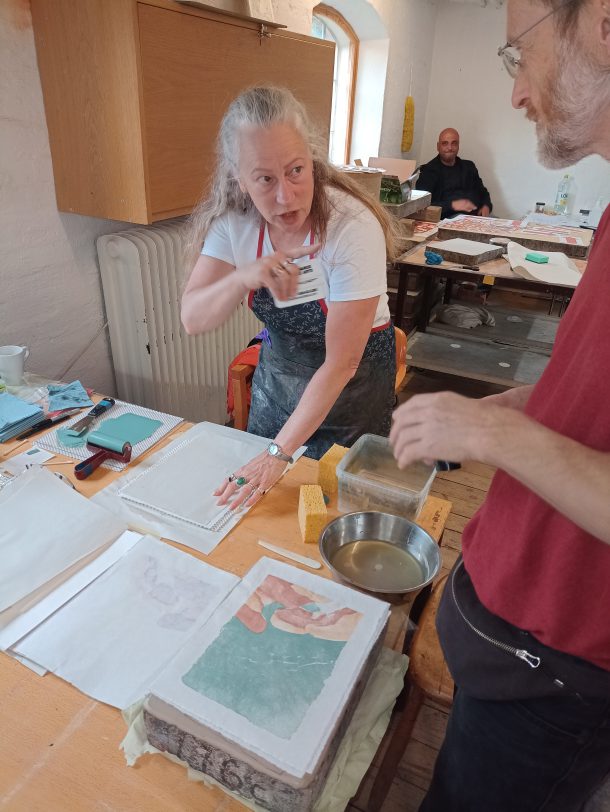 Angela Schröder, Germany, made a workshop with the theme ”The Stone is a patient Animal” and Sanjay Kumar, India, displayed his method for gold printing. 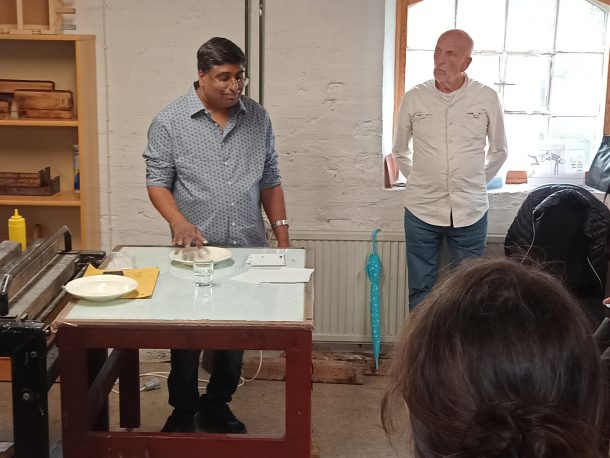 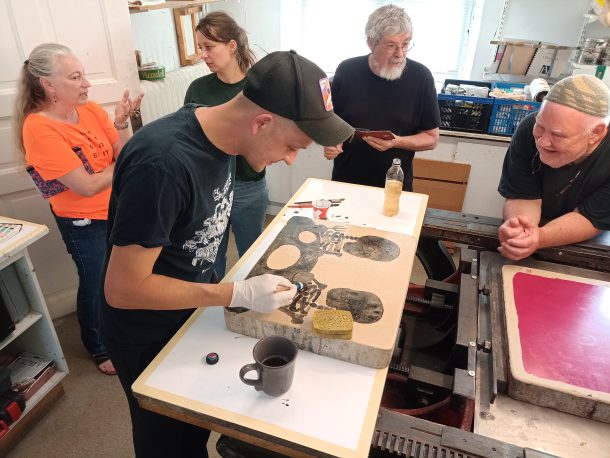 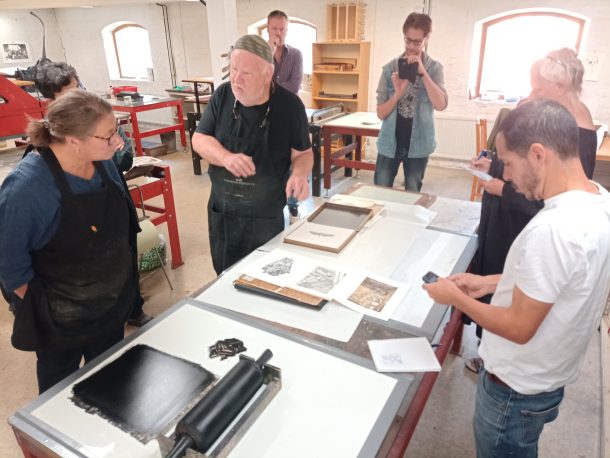 A paper making workshop was given by Heike Berl, Germany.

In seminars and workshops around 50 artists and printers contributed from which the majority lived at Hellidens Folkhögskola where they also were served breakfast.

Exhibitions
During both symposium weeks lithographic art from all over the world was exhibited in three galleries; Konstlitografiska Muséet, Rudbecksgymnasiet and Tidaholms Konsthall. 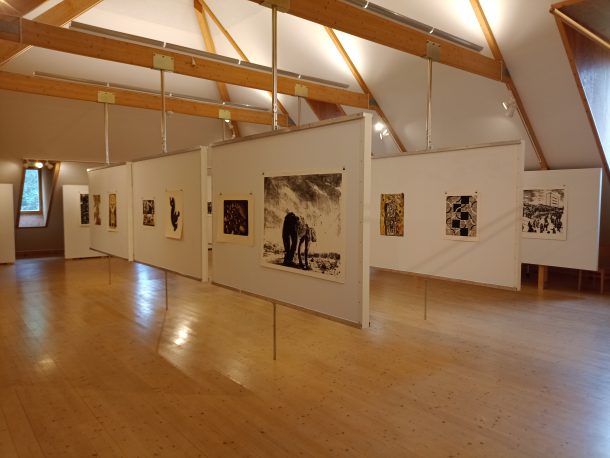 Konstlitografiska museet was entirely devoted to Mexican art according to the special theme of the symposium; Mexico. 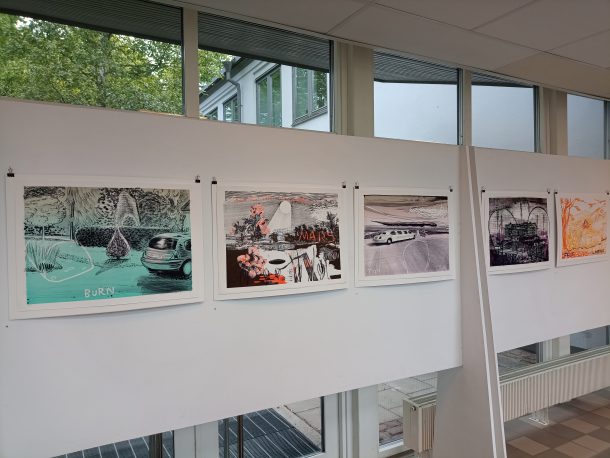 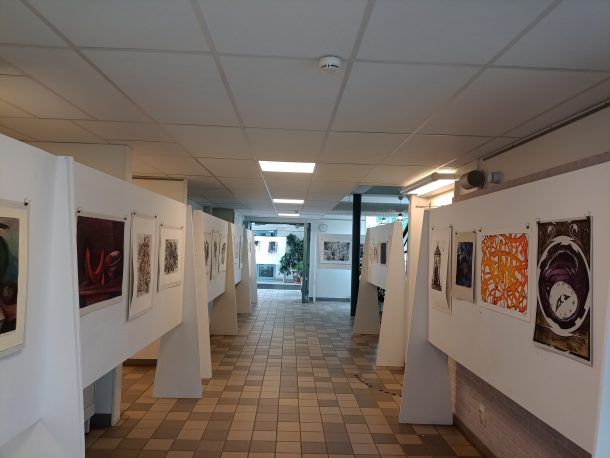 At Rudbecksgymnasiet and Tidaholms Konsthall art from 22 countries was shown. These countries were spread from USA to China, from Norway to Argentina. 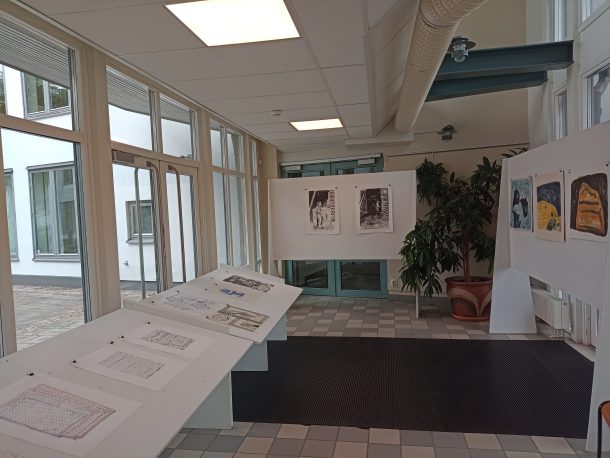 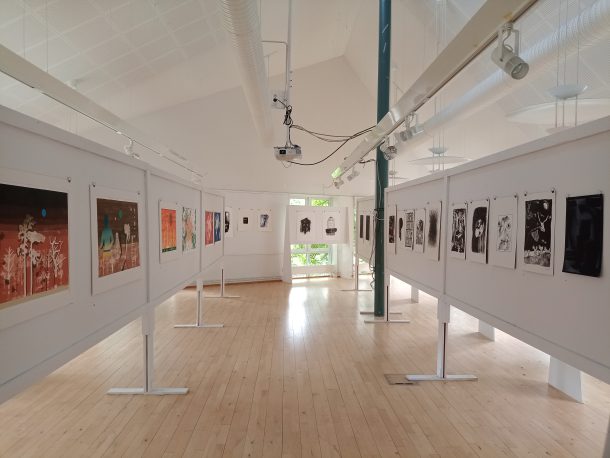 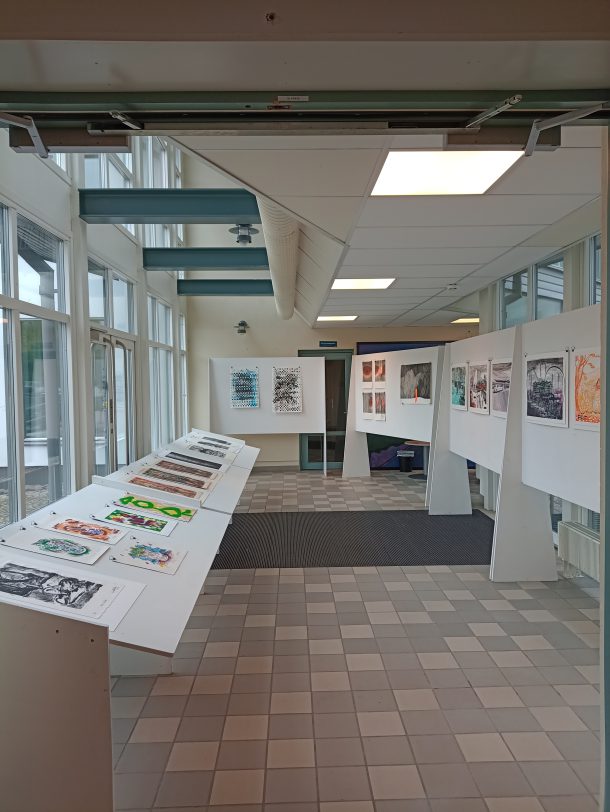 In the exhibitions one could experience the vast artistic width that is contained in the lithographic media. Single artists exhibited together with representatives from Art Academies and different printing workshops. 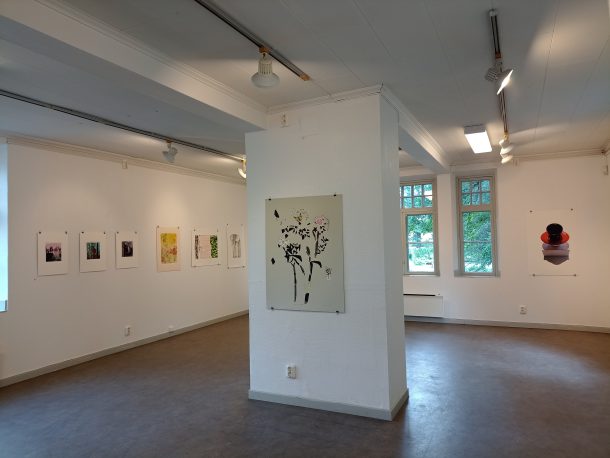 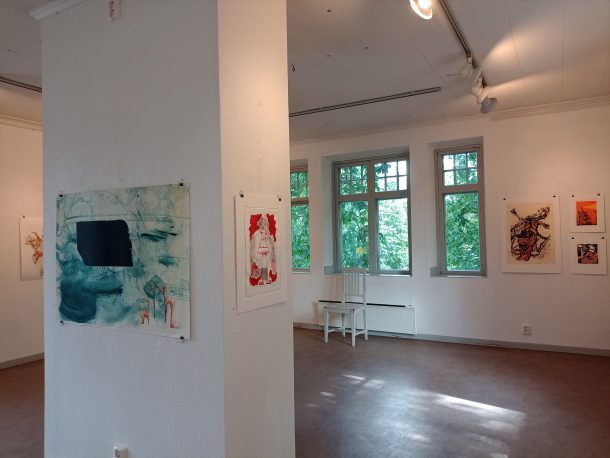 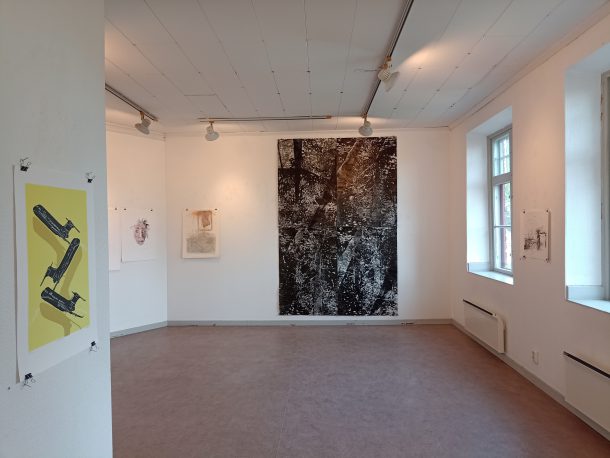 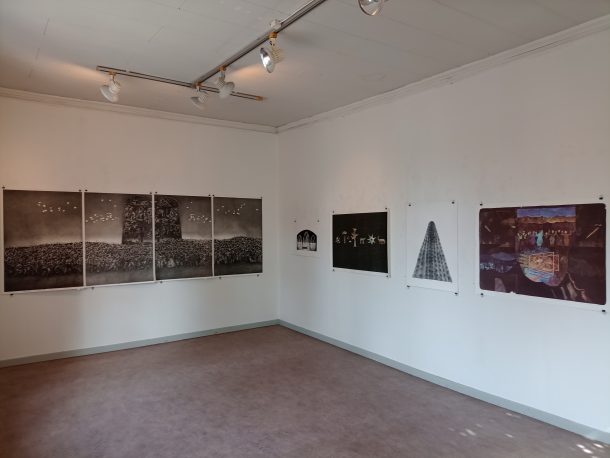 Around 200 artists took part in the exhibitions and they showed 347 pieces of art.

The exhibitions were in two weeks visited by 1.494 persons.

In the first week of the symposium Marbodal Center was also used for mingle and networking. In the evenings the participants were offered foods, drinks and some musical entertainment.

For the implementation of the symposium the Lithographic Academy is very grateful for all assistance and support from members in the Academy, Litografins Vänner and Tidaholms Konstförening.